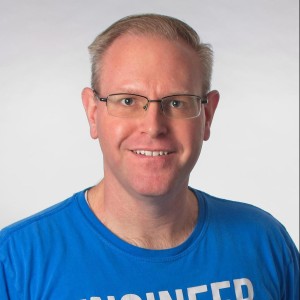 Jason Porter has been involved in software development since the mid 90's. He has worked in e-Government (since before the term was coined), financial, and consumer markets. He has contributed to many open source projects including flyspray (a bug tracking system in PHP), Seam, Weld, and Gradle. His software interests include Java EE, Ruby, and Groovy. He is the father of two daughters and two sons and enjoys spending time with his family. He lives in the Salt Lake valley in Utah.

I wrote up an entry about some Seam 3 examples over at my JBoss Community Blog. Check it out if you're interested in more examples.

END_OF_DOCUMENT_TOKEN_TO_BE_REPLACED

For those of you tracking Seam 3 releases and bug fixes, you might have seen SEAM-99 was fixed with Seam 3.1.0.CR1 we released last week. I just discovered a small gotcha when using non-JTA transactions. If you are, your EntityManager must not be scoped @ConversationScoped or it will fail on every request.

END_OF_DOCUMENT_TOKEN_TO_BE_REPLACED

This is my first in.relation.to entry! Hello everyone, my name is Jason Porter, author of Seam Catch. You'll see more Seam 3 / CDI posts from me in the future, for now, let's get to our first Seam Module spotlight: