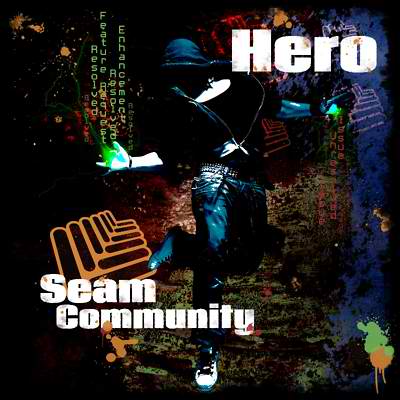 At the start of the hackfest at JUDCon, I took the stage to recognize (after a long introduction and too much story telling) the following community members as Seam Community Heros (some additions here for those not in attendance). These community members have been instrumental in shaping the Seam 3 project and advancing it to its first release.

Each person has (or will) receive a t-shirt with the Seam Community Hero graphic on the back and a github octopint. My wife totally surprised me by designing this custom artwork for the t-shirt in your honor. She got the idea after listening to me recount many stories about the work you done. I'd like to thank her for this contribution (and for being awesome). She is certainly an honorary Seam community member.

I'd also like to thank our QA team, namely Jozef Hartinger and Martin Gencer, for doing a fantastic job of identifying and resolving issues for the Seam 3 release and beyond. Of course, we value each and every one of our community contributors and their participation. I look forward to recognizing additional individuals for this award as the project continues. (And my wife just offered to design a new graphic for the next ceremony).